I was born in Garmisch-Partenkirchen, Germany, to an enlisted officer of the US Air Force and grew up in Kettering, Ohio. After my parents divorced, my mother remarried a Swiss citizen, and we moved to Switzerland when I was 13. 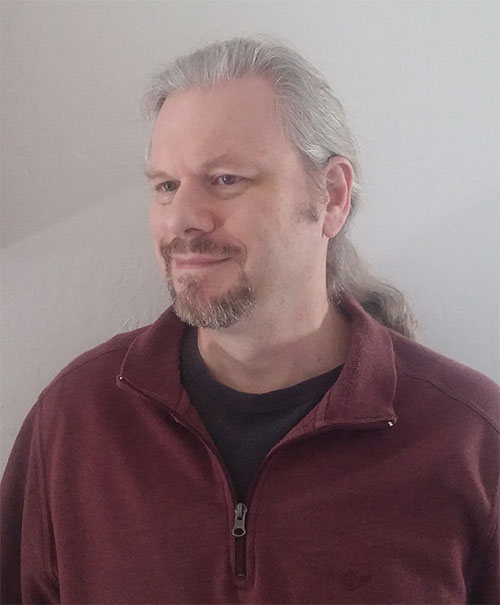 Besides being afflicted with the Inattentive Type of ADD/ADHD, I think the necessary adjustments in my life at that time (such as having to learn German, or the culture shock that followed our move to Switzerland) were probably what jolted my creativity.

As extraordinary as it may seem, many of the ideas and images for the Selanian Chronicles have been with me since my mid-teens when I began writing short fantasy and science fiction stories, none of which I ever attempted to get published. The influence of authors such as C.S. Lewis, J.R.R. Tolkien, Frank Herbert, Isaac Asimov, Stephen Lawhead, and Karl May are still noticeable in my work.

The first drafts of The Rose and The Alley (the preludes to The Emissary and The High Priestess) were actually written in 1991 when I returned to Switzerland after a stay in Central Oregon. But life happens, and I turned aside from my attempts at serious writing for more than a decade. In the fall of 2003, I dug up my old manuscripts and started working on the Selanian Chronicles, a labor of love that has continued off and on to the present day.

As with the creations of the visionary artists whose works are presented on this website, it is my desire to bring light into the darkness and to suggest more uplifting and spiritual possibilities of life by placing the eternal values of love, hope, and faith at the center of my message. My personal experience has been that transcendence to higher ideals is often accompanied by the refining pain inherent to the process of transformation, and I attempt to incorporate these experiences into my writing.

Last but not least, I consider myself a hopeless romantic who doesn’t mind losing himself in the beauty of a flaming sunset. This personality trait naturally colors everything I write, but I believe it enriches rather than diminishes my stories. I hope my readers agree.